Boxing tickets are worth $ 1 billion

The sporting world was left stunned on Wednesday night when it was announced that the undefeated boxer Floyd Mayweather would come out of retirement to fight UFC star Conor McGregor on August 26.

The two men both revealed a date had been set on their respective social media accounts, with oddsmakers immediately setting Mayweather as the huge 11/1 favourite in a fight that will take place in a boxing ring governed by boxing rules.

The fight will take place at 154 pounds.
Mayweather published a short promotional video on Instagram which confirmed the involvement of Showtime Sports and appeared to reveal the fight would be held at the T-Mobile arena on the Las Vegas Strip.
“This is really an unprecedented event,” said Stephen Espinoza, who heads Showtime Sports, which will handle the pay-per-view. “Really we haven’t seen anything in modern history that resembles it, it’s impossible to predict how many sales this will do.”
The two fighters are expected to do a press tour shortly before going into final training for the fight.

The cost of tickets and the price of the pay-per-view has not been decided, although the pay-per-view is expected to be at or near the $99.95 charged for Mayweather’s 2015 fight with Manny Pacquiao, that drew a record 4.4 million pay-per-view buys.

In the United Kingdom, the Mayweather v Pacquiao fight was broadcast on Sky Sports and cost £19.95 to watch. In Ireland, the fight cost €24.95. The Mayweather v McGregor fight will likely be priced at an even higher fee.

The pay-per-view revenue for the event would likely gross tens of millions of dollars. It comes less than a month before Gennady Golovkin and Canelo Alvarez meet in a highly anticipated fight Sept. 16 that could rival it for pay-per-view buys. 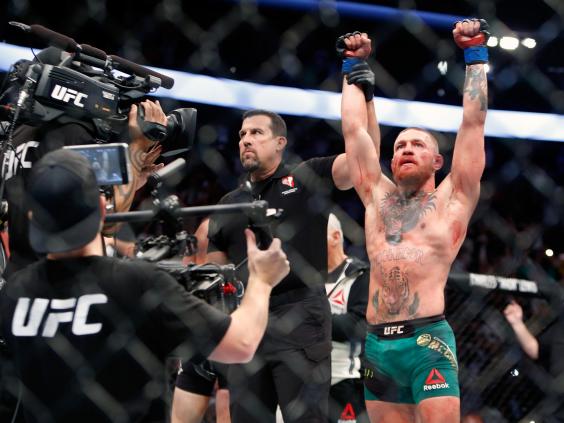 McGregor is the UFC’s most lucrative fighter (Getty)

“As with every Mayweather and McGregor fight part of the appeal is the spectacle and outsize personalities who are participating in it,” Espinoza said.

There has not yet been any information on how much tickets for the fight will cost, although as with the pay-per-view price, ticket costs will likely rival those charged for the Mayweather v Pacquaio fight.

Mayweather v Pacquaio, dubbed ‘The Fight of the Century’, was held at the 17,157-capacity MGM Grand Garden Arena, while the American’s fight against McGregor appears more likely to be staged at the 20,000-capacity T-Mobile Arena. 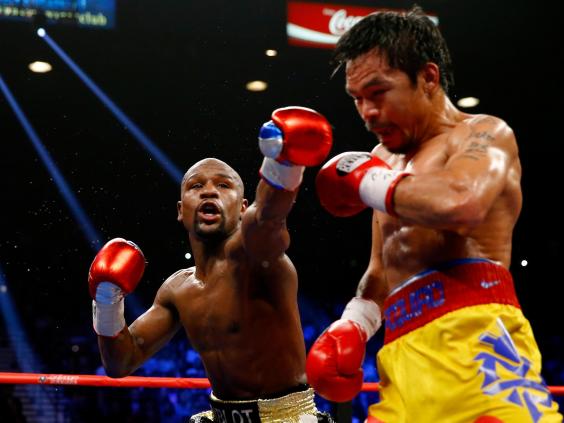 ‘Money’ Mayweather has generated $1.3 billion in revenue throughout his career (Getty)

Nevertheless, ticket prices would likely be similar. Tickets for the previous fight cost between $1,500 and $7,500 and were notoriously difficult to purchase, because of the amount handed out to sponsors, promoters and celebrities.

The tickets made available to the public sold old within seconds of going on sale, with tickets immediately appearing on ticket exchange websites for as much as $85,000.

Mayweather’s fight against McGregor has already been tipped to become the most lucrative fight in the history of sport, with some describing it as the world’s first billion-dollar fight.